Competition in the Pacific; Pricing factors due to government regulation

We recently returned from the Pacific Islands Telecommunications Assoc Marketing Forum. This forum was well attended by Pacific telco operators.

A common theme with the attendees was they were all incumbents in their home market and only two-faced competition today. All attendees were concerned about the threat of competition.

One of the main concerns in regards to a competitor entering their home market was the likelihood that the new entrant would cherry pick the high value, easy to reach customers. While that behaviour is to be expected in any market, it’s especially challenging in the Pacific. In many cases, the consumers being served are spread across sparse geographic regions separated by thousands of kilometres of ocean. One telco told me of them paying $1600 in airfares to reach a remote island to repair equipment providing mobile phone & internet service to a few hundred customers. These customers taken in isolation do not pay their own way and are being subsidised by those high value, easy to reach customers that are the target of challenger telcos. 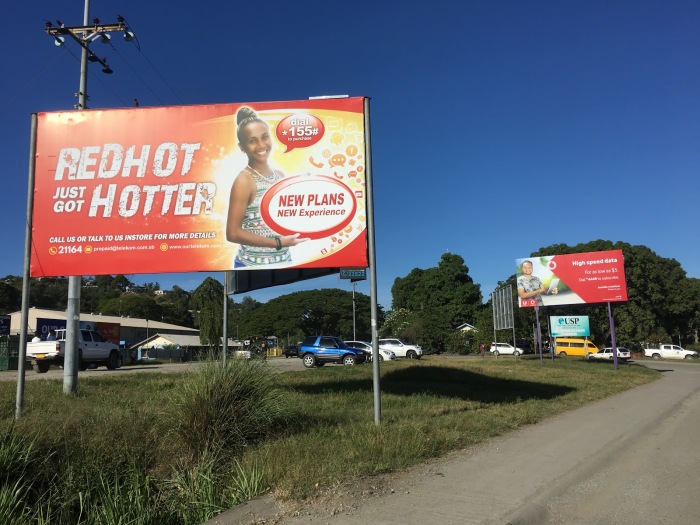 What happens in a market where the regulator simply opens the gates and allows competitors into cherry pick without consideration being given to any form of universal service obligation that ensures their entire population has equal access to telecommunication services?

To answer this question, we suggest you look to the NZ example of the Telecommunications Development Levy*

Another common theme is the high level of religious adherence in the Pacific and with that a strong sense of family values. This flows through into resistance from parents to allow their children internet access via a mobile phone due to concerns about them gaining access to internet content that conflicts with their family values. We have spoken in depth with at least one Pacific ISP who cites this as a significant barrier to uptake of mobile phones. We also understand the need to lock a parental controls solution to the phone handset rather than the SIM due to the low cost of SIMs resulting in a child defeating parental controls by simply replacing the SIM. Our technology works in these markets to remove barriers to uptake by giving telcos the tools required to empower families to limit their child’s exposure to objectionable internet content. Our pricing models are tuned to work in pre-pay, low ARPU markets such as the Pacific, South Asia, and Africa.

Fri 10th Feb 2017
Opinion: Australia telcos on the back foot.

Fri 24th Oct 2014
Online TV growth accelerates in 2014 with 388% YOY growth
Mon 13th Oct 2014
Global Mode Commercial Director featured opinion article published by Fairfax
Tue 7th Oct 2014
Why did we not debate the TTP during the election? – It could change our lives forever.

Wed 17th Sep 2014
Dear NZRU, Please free my rugby from SKY. Let me pay to watch the All Blacks live in HD via the internet – like the rest of the world